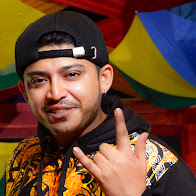 Born and raised in Kolkata, Arunabha is an accomplished Emcee/Anchor & Event planner/producer who has built a name for himself. Starting his career in 2007 as an emcee he has over 8 years experience and has worked in all aspects of the industry which includes his achievements in Face next as a competitor and also as and emcee. According to him his greatest milestone in career was as an anchor, reaching a crowd of over 1 lakh in Kolkata book fair for consecutive 2 (2011 & 2012).
In such a short span of time, because of his splendid vocal skills, he has got an opportunity to be associated with some of the biggest and reputed brands. To quote a few, Ananda Bazar Patrika (ABP), The Telegraph, The Telegraph In School (TTIS), State Bank Of India, International Kolkata Book Fair, Kolkata On Wheels, Sony, Nokia, Samsung, Honda, Hyundai, Lenovo, Airtel, Uninor, Vodaphone, Idea, Govt. of West Bengal, Red FM, Radio city, Radio Mirchi, Big FM, Fever104, Reliance, Mahindra and Mahindra, Maruti Suzuki, HCL, Agies, Universal, Jharghram Tourism, Pailan World School, Kolkata Knight Rider, Atletico De Kolkata, Bengal Warriors, Kolkata Rainbow Pride Walk, Lafarge, 24Ghanta Bengali News Channel, Zee Bangla,etc..